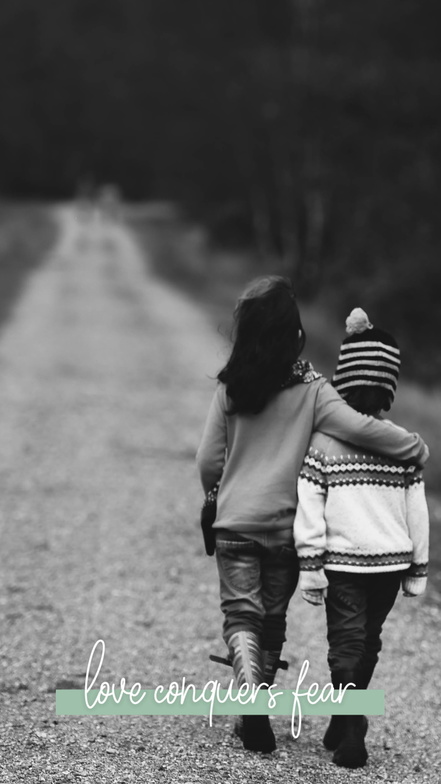 Hebrews 10:31  “It is a fearful thing to fall into the hands of the living God.”

2 Peter 2:4-6  “For if God spared not the angels that sinned, but cast them down to hell, and delivered them into chains of darkness, to be reserved unto judgment; And spared not the old world, but saved Noah the eighth person, a preacher of righteousness, bringing in the flood upon the world of the ungodly; And turning the cities of Sodom and Gomorrha into ashes condemned them with an overthrow, making them an ensample unto those that after should live ungodly;”

Revelation 20:11-15  “And I saw a great white throne, and him that sat on it, from whose face the earth and the heaven fled away; and there was found no place for them. And I saw the dead, small and great, stand before God; and the books were opened: and another book was opened, which is the book of life: and the dead were judged out of those things which were written in the books, according to their works. And the sea gave up the dead which were in it; and death and hell delivered up the dead which were in them: and they were judged every man according to their works.  And death and hell were cast into the lake of fire. This is the second death. And whosoever was not found written in the book of life was cast into the lake of fire.”

Romans 6:23  “For the wages of sin is death; but the gift of God is eternal life through Jesus Christ our Lord.”

Psalms 55:4  “My heart is sore pained within me: and the terrors of death are fallen upon me.”

Hebrews 2:14-15  “Forasmuch then as the children are partakers of flesh and blood, he also himself likewise took part of the same; that through death he might destroy him that had the power of death, that is, the devil; And deliver them who through fear of death were all their lifetime subject to bondage.”

1 Corinthians 15:51-57  “Behold, I shew you a mystery; We shall not all sleep, but we shall all be changed, In a moment, in the twinkling of an eye, at the last trump: for the trumpet shall sound, and the dead shall be raised incorruptible, and we shall be changed. For this corruptible must put on incorruption, and this mortal must put on immortality. So when this corruptible shall have put on incorruption, and this mortal shall have put on immortality, then shall be brought to pass the saying that is written, Death is swallowed up in victory. O death, where is thy sting? O grave, where is thy victory?   The sting of death is sin; and the strength of sin is the law. But thanks be to God, which giveth us the victory through our Lord Jesus Christ.”

2 Timothy 1:12  “…I know whom I have believed, and am persuaded that he is able to keep that which I have committed unto him against that day.”

Matthew 6:27   “Which of you by taking thought can add one cubit unto his stature?”

Luke 12:6-7  “Are not five sparrows sold for two farthings, and not one of them is forgotten before God?” But even the very hairs of your head are all numbered. Fear not therefore: ye are of more value than many sparrows.”

Psalms 37:25  “I have been young, and now am old; yet have I not seen the righteous forsaken, nor his seed begging bread.”   “When you have nothing left but God, then for the first time you become aware that God is enough”

Exodus 4:10-11  “And Moses said unto the LORD, O my Lord, I am not eloquent, neither heretofore, nor since thou hast spoken unto thy servant: but I am slow of speech, and of a slow tongue.  And the LORD said unto him, Who hath made man's mouth? or who maketh the dumb, or deaf, or the seeing, or the blind? have not I the LORD?”

V.) Fear of the Unknown

“What does anxiety do?  It does not empty tomorrow of its sorrow, but it empties today of its strength.  It does not make you escape the evil; it makes you unfit to cope with it if it comes.”

Romans 8:15  “For ye have not received the spirit of bondage again to fear; but ye have received the Spirit of adoption, whereby we cry, Abba, Father.”

1 John 4:18  “There is no fear in love; but perfect love casteth out fear: because fear hath torment. He that feareth is not made perfect in love.”

Deuteronomy 20:1-4  “When thou goest out to battle against thine enemies, and seest horses, and chariots, and a people more than thou, be not afraid of them: for the LORD thy God is with thee, which brought thee up out of the land of Egypt. And it shall be, when ye are come nigh unto the battle, that the priest shall approach and speak unto the people, And shall say unto them, Hear, O Israel, ye approach this day unto battle against your enemies: let not your hearts faint, fear not, and do not tremble, neither be ye terrified because of them;  For the LORD your God is he that goeth with you, to fight for you against your enemies, to save you.”

Deuteronomy 31:6  “Be strong and of a good courage, fear not, nor be afraid of them: for the LORD thy God, he it is that doth go with thee; he will not fail thee, nor forsake thee.”   Psalms 20:7  “Some trust in chariots, and some in horses: but we will remember the name of the LORD our God.”   Proverbs 21:31  “The horse is prepared against the day of battle: but safety is of the LORD.”   Matthew 24:6  “And ye shall hear of wars and rumours of wars: see that ye be not troubled: for all these things must come to pass, but the end is not yet.”

Luke 21:9  “But when ye shall hear of wars and commotions, be not terrified: for these things must first come to pass; but the end is not by and by.”

Psalms 91:5  “Thou shalt not be afraid for the terror by night; nor for the arrow that flieth by day;”

VII.) Fear of the People (what will they think of me / say about me)

John 3:1-2   “There was a man of the Pharisees, named Nicodemus, a ruler of the Jews: The same came to Jesus by night…”

John 9:22  “These words spake his parents, because they feared the Jews: for the Jews had agreed already, that if any man did confess that he was Christ, he should be put out of the synagogue.”

Daniel 3:14-30  Shadrach, Meshach, and Abednego,  before an angry King Nebuchadnezzar

1 Samuel 15:24  “And Saul said unto Samuel, I have sinned: for I have transgressed the commandment of the LORD, and thy words: because I feared the people, and obeyed their voice.”

Proverbs 29:25  “The fear of man bringeth a snare: but whoso putteth his trust in the LORD shall be safe.”

Matthew 10:28  “And fear not them which kill the body, but are not able to kill the soul: but rather fear him which is able to destroy both soul and body in hell.”

Psalms 118:8  “It is better to trust in the LORD than to put confidence in man.”

Acts 20:23-24  “Save that the Holy Ghost witnesseth in every city, saying that bonds and afflictions abide me.  But none of these things move me…”

Philippians 4:13  “I can do all things through Christ which strengtheneth me.”